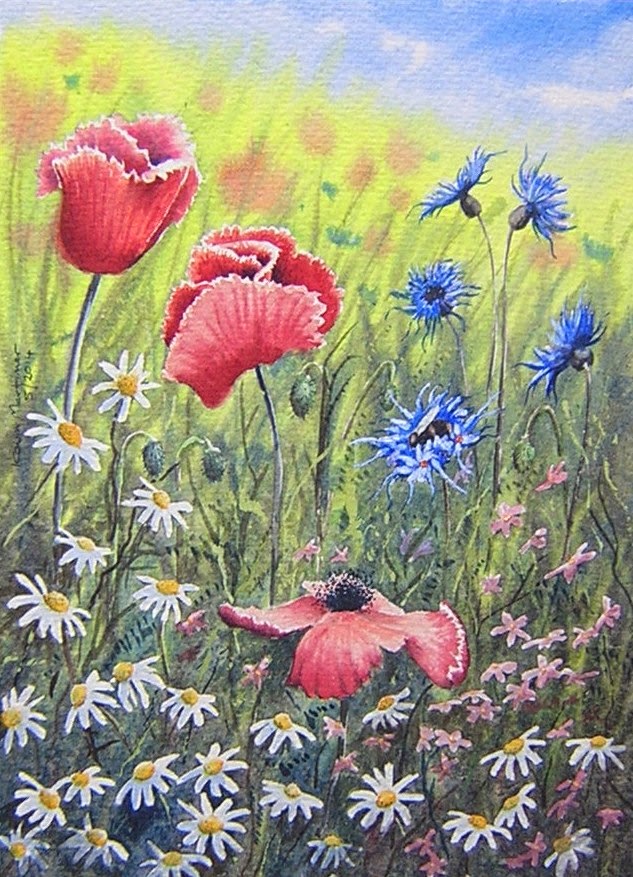 After such an enjoyable time working outdoors a short time ago, I booked some annual leave in the hope of getting some momentum going, so brimming with enthusiasm was I.
My efforts would have been better invested in designing and building an ark, such was the deluge that followed. I can honestly say that the rain was heavy and un-ceasing from the moment my leave started, till the day it was time to return to work at which point, the sun peeped out from the now fluffy and desicated clouds, and rendered the sky a glorious blue.
To add to the folly of my week, I happened, unwittingly, to book my time off to coincide with the kid's half term hols.
And then our fence fell down.
And then.......
Well, you get the picture.
Here then, is the result of five days off work in order, initially, to concentrate on producing a number of paintings but ultimately, to ferry about a step daughter around who is intent on shopping........ Everywhere!
This is a familiar format but much loved. I've sold more of these than anything else, some even before they have dried!!!
Watercolour on Saunders Waterford 140lb ROUGH.

Email ThisBlogThis!Share to TwitterShare to FacebookShare to Pinterest
Labels: Poppies in Watercolour